Go has pointers 👉. A pointer is a value that points to the memory address of a variable. 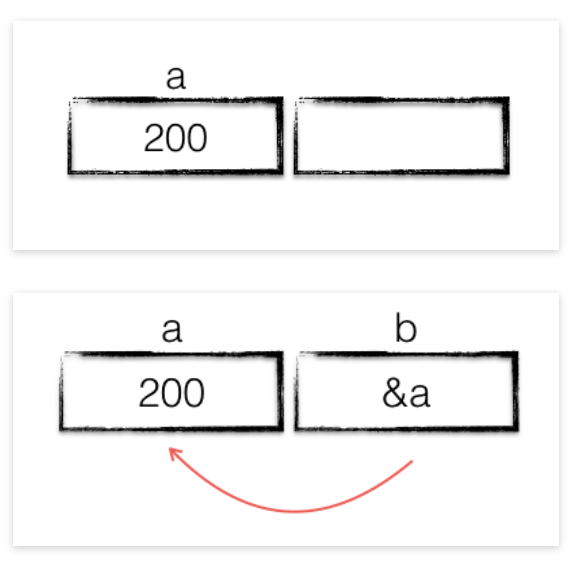 How do they work

You can think of computer memory (RAM) as a sequence of boxes. Each box is labeled with a number. These numbers increment sequentially (1, 2, 3 …). These numbers are called memory addresses. Memory address denotes a piece of storage that can contain a value. A variable is a convenient, alphanumeric pseudonym for a memory address.

Pointers are always only a machine word wide (usually 32 or 64 bits) no matter what type they point to.

How to work with them

The type *T is a pointer to a T value. Its zero value is nil. nil is an untyped identifier (in the universe block) that represents a lack of value for pointer types.

The operation on the last line is known as “dereferencing” or “indirecting”. Before dereferencing a pointer you must make sure it’s not nil.

The built-in new function creates a pointer to zero value of the given type.

new is rarely used though because you can take address of a struct literal.

You can’t use & before primitive literals (numbers, booleans and strings) or a constant.

Use a helper function to turn a constant value into a pointer.

There are two reasons to use a pointer receiver:

In general, all methods on a given type should have either value or pointer receivers, but not a mixture of both.