After locking down access control, probably the best investment to improve security.

There is overlap among vulnerability, patch and configuration management.

You should use cloud API for assets inventory to avoid missing new systems as they come online.

Cloud, CI/CD and microservice architectures have changed how vulnerability management is done:

You want to plug tooling and findings leaks so you don’t have a lot of unknown risk: 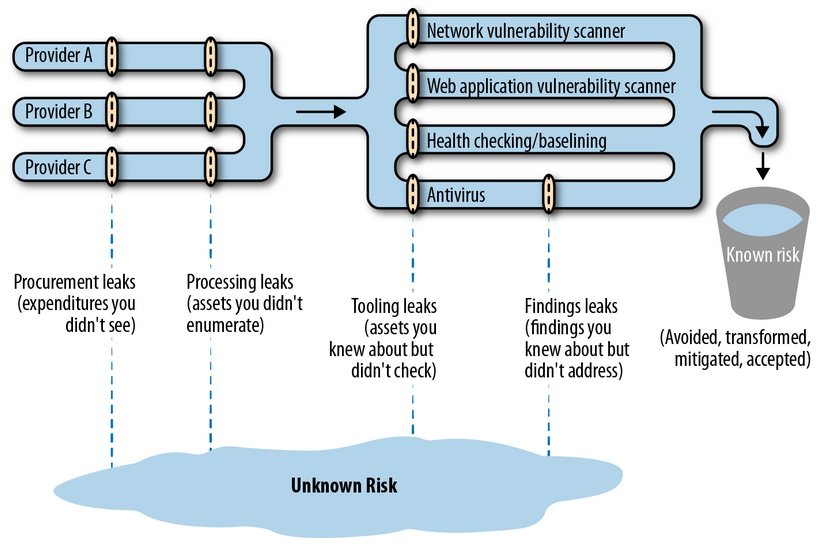 The size of the pipes is determined by a number of the problems you (expect to) find in an area and how critical to the business those problems might be. 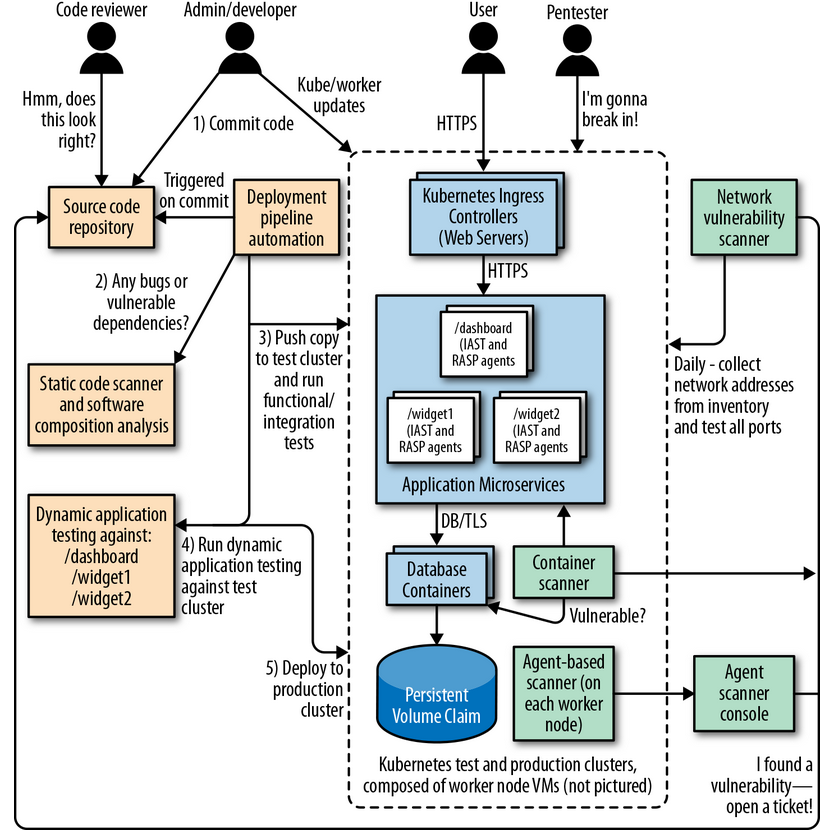